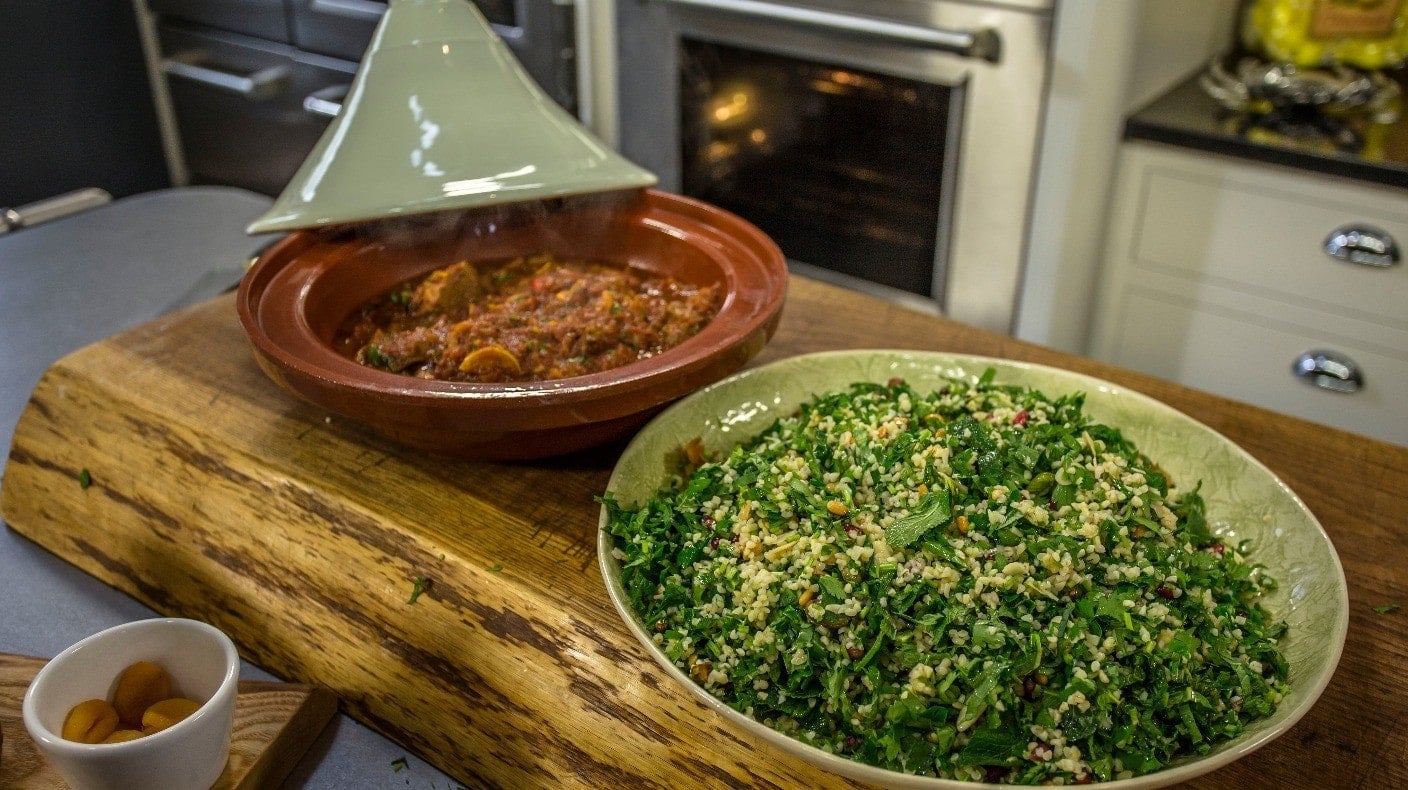 Drizzle your Morocco Gold extra virgin olive oil over your tagine to enjoy the health benefits of olive oil.

Studies have shown that extra virgin olive oil like Morocco Gold can help to lower cholesterol levels and reduce the risk of heart disease. In addition, extra virgin olive oil contains high levels of polyphenols, the antioxidants that can help to protect cells from damage. When it comes to cooking with olive oil, tagine dishes are a great option. This type of cooking helps to preserve the healthy nutrients in the olive oil, making it a healthy choice for those looking to reap the benefits of this healthy fat.

Moroccan cuisine is in general very healthy. Most dishes contain vegetables and rely on whole grains, freshly prepared food, spices and sweet fruit rather than refined sugar and deep-frying. They use lamb which is leaner than red meat, and couscous which is healthier than rice.

The benefit to cooking a tagine (the meal) in a tagine (the pot) is the pot seals in all of the flavourful ingredients that usually have a bit of moisture from sauce and vegetables, then that moisture goes up the sides of the lid and back down over the ingredients, creating a self-basting, flavour-enhancing cycle. The cooking process is great for making healthy, delicious foods. Just like in a slow cooker, the food in a tagine is boiled or steamed instead of being fried.

The Moroccan tagine is a stew named after the conical earthenware vessel in which it’s traditionally prepared. However it is more of a concept than a dish, really, embracing the very best of the culture and traditions of Moroccan cuisine.

There are four main categories of tagine, regardless of the main ingredient: mqualli, with olive oil, turmeric, ginger and saffron; mhammer, with olive oil, paprika and cumin; mchermel, with herby, garlicky chermoula; and one with tomato, cumin and paprika. Each can be customised with seasonal vegetables, dried fruits, preserved lemons, olives and nuts and of course all can be enhanced by the inclusion of Morocco Gold extra virgin olive oil.

There is a wide range of cuts to choose from. Zette Guinaudeau-Franc, whose 1958 book Fes Vu par sa Cuisine calls simply for mutton; Benkabbou for neck fillets; Paula Wolfert goes for bone-in leg in The Food of Morocco; Nigella Lawson for boneless leg in Nigella Christmas; Claudia Roden for boned shoulder; whilst Robert Carrier goes for shoulder or cutlets.

They all work, of course however be careful not to cut the meat too small, though, to avoid it drying out, around 4cm chunks are perfect.