Why Extra Virgin Olive Oil Is The Healthiest Fat On Earth 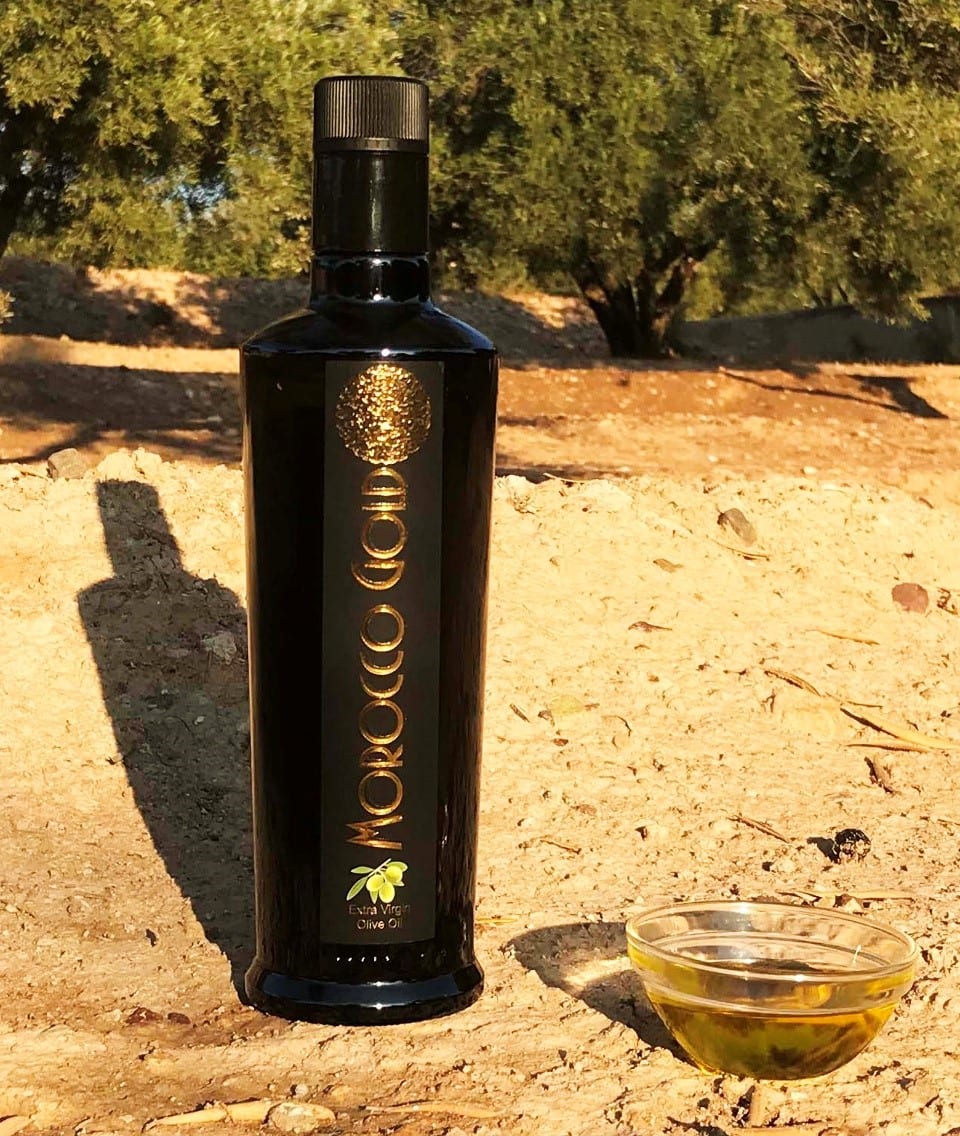 Dietary fats are highly controversial, with debates about animal fats, seed oils, and everything in between in full force. That said, most people agree that extra virgin olive oil is incredibly healthy. Part of the Mediterranean diet, this traditional oil has been a dietary staple for some of the world’s healthiest populations.

Studies show that the fatty acids and antioxidants in olive oil can offer some powerful health benefits. This article reviews why extra virgin olive oil is the healthiest fat on earth.

What is olive oil and how is it made?

Olive oil is oil that has been pressed from olives, the fruits of the olive tree. The production process is incredibly simple — olives are pressed to extract their oil. However, lower quality versions can be extracted using chemicals, or even diluted with other, cheaper oils. Therefore, buying the right type of olive oil is crucial.

The best type is extra virgin olive oil. It’s extracted using natural methods and standardized for purity and certain sensory qualities like taste and smell. Olive oil that is truly extra virgin has a distinct taste and is high in phenolic antioxidants, the main reason why it’s so beneficial.

Also, there are refined or “light” olive oils, which have often been extracted with solvents, treated with heat, or even diluted with cheaper oils like soybean or canola oil. For this reason, it’s essential to inspect the label carefully and buy from a reputable seller. Even oil that is labeled extra virgin may have been adulterated with cheaper oils.

True extra virgin olive oil is 100% natural and very high in antioxidants. Many of the lower quality olive oils have been processed and adulterated with cheaper oils.

Notably, extra virgin olive oil shines in its antioxidant content. Antioxidants are biologically active, and some of them can help fight serious diseases. The oil’s main antioxidants include the anti-inflammatory oleocanthal, as well as oleuropein, a substance that protects LDL (bad) cholesterol from oxidation.

Olive oil is very high in monounsaturated fats and contains a modest amount of vitamins E and K. True extra virgin olive oil is loaded with antioxidants, some of which have powerful health benefits.

Chronic inflammation is believed to be among the leading drivers of many diseases, including heart disease, cancer, metabolic syndrome, diabetes, and arthritis. Some speculate that olive oil’s ability to fight inflammation is behind its many health benefits.

Oleic acid, the most prominent fatty acid in olive oil, has been found to reduce inflammatory markers like C-reactive protein. However, the oil’s main anti-inflammatory effects seem to be due to its antioxidants, primarily oleocanthal, which has been shown to work like ibuprofen, a popular anti-inflammatory drug. Researchers estimate that the amount of oleocanthal in 50 ml (about 3.4 tablespoons) of extra virgin olive oil exerts effects similar to those of 10% of the adult ibuprofen dosage for pain relief. Also, one study showed that substances in olive oil can reduce the expression of genes and proteins that mediate inflammation.

Keep in mind that chronic, low-level inflammation is usually fairly mild, and it takes years or decades for it to do damage. Using extra virgin olive oil may help prevent this from happening, leading to a reduced risk of various inflammatory diseases, especially heart disease. Olive oil contains oleic acid and oleocanthal, two nutrients that can fight inflammation. This may be the main reason for olive oil’s health benefits.

Cardiovascular diseases, such as heart disease and stroke, are among the most common causes of death in the world. Many observational studies show that death from these diseases is low in certain areas of the world, especially in countries around the Mediterranean Sea. This observation originally spurred interest in the Mediterranean diet, which is supposed to mimic the way the people in those countries eat. Studies on the Mediterranean diet show that it can help prevent heart disease. In one major study, it reduced heart attacks, strokes, and death by 30%.

Given the biological effects of extra virgin olive oil, it’s not surprising that people who consume the greatest amounts of it are significantly less likely to die from heart attacks and strokes.

Dozens — if not hundreds — of animal and human studies have shown that olive oil has major benefits for the heart. In fact, the evidence is strong enough to recommend that people who have or are at a high risk of developing heart disease include plenty of extra virgin olive oil in their diets.

Olive oil may be one of the healthiest foods you can eat for heart health. It reduces blood pressure and inflammation, protects LDL particles from oxidation, and may help prevent unwanted blood clotting.

Although olive oil has mostly been studied for its effects on heart health, its consumption has also been associated with a number of other health benefits.

Cancer is a common cause of death and characterized by the uncontrolled growth of cells.

Studies have shown that people living in the Mediterranean countries have a fairly low risk of cancer, and some have speculated that olive oil has something to do with it. One potential contributor to cancer is oxidative damage due to harmful molecules called free radicals. However, extra virgin olive oil is high in antioxidants that reduce oxidative damage., 29Trusted Source).

The oleic acid in olive oil is also highly resistant to oxidation and has been shown to have beneficial effects on genes linked to cancer (30Trusted Source, 31Trusted Source).

Many test-tube studies have observed that compounds in olive oil can help fight cancer at the molecular level (32, 33, 34Trusted Source). That said, controlled trials in humans have yet to study whether olive oil helps prevent cancer.

Alzheimer’s disease is the world’s most common neurodegenerative disease and a leading cause of dementia.

One feature of Alzheimer’s is a buildup of protein tangles called beta-amyloid plaques in certain neurons in the brain.

A study in mice observed that a substance in olive oil can help clear these plaques (35).

Can you cook with it?

The nutritional info of olive oil, which contains mostly monounsaturated fatty acids (only one double bond), is fairly resistant to high heat. In one study, researchers heated extra virgin olive oil to 356°F (180°C) for 36 hours. The oil was highly resistant to damage (37Trusted Source). Another study used olive oil for deep-frying, and it took 24–27 hours for it to reach damage levels that were deemed harmful (38Trusted Source). Overall, olive oil seems to be very safe even for cooking at a fairly high heat. In essence good for the bodies nutritional needs.

Olive oil is super healthy and very nutritious. For those who have heart disease or are at a high risk of developing it, olive oil is most definitely a superfood. However, be sure to purchase extra virgin olive oil that hasn’t been diluted with cheaper oils. The benefits of this wonderful fat are among the few things that most people in nutrition agree upon.

For health conscious, discerning food lovers across all cultures and culinary backgrounds, Morocco Gold is a natural, unfiltered, ultra premium, polyphenol rich extra virgin olive oil, whose exquisite taste and health enhancing qualities are guaranteed by our rigorous testing, provenance and authenticity, and strict adherence to single estate sourcing, with no blending or mixing.

What is extra virgin olive oil good for : how is using Morocco Gold going to boost my nutrition?

Incredibly versatile, Morocco Gold is one of the best and most nutritious extra virgin olive oils for cooking and salad dressing. Here is some nutritional info: It is high in polyphenols and cold pressed within 24 hours of harvesting.

The oil is produced from olives grown in the foothills of the Atlas Mountains, where the unique micro-climate and geology provides ideal conditions for olive growing. Morocco Gold combines centuries of local cultivation and harvesting knowledge, with our rigorous traceability and quality assurance procedures to bring what is locally considered a ‘noble food’ to international markets.

The olive oil is produced from the Picholine Marocaine olive. Our olives are hand-picked early in the harvesting season when the fruit is young and first cold pressed within 24 hours of picking. Some more olive oil nutritional info: There is no mixing or blending with other oils to ensure genuine extra virgin quality.