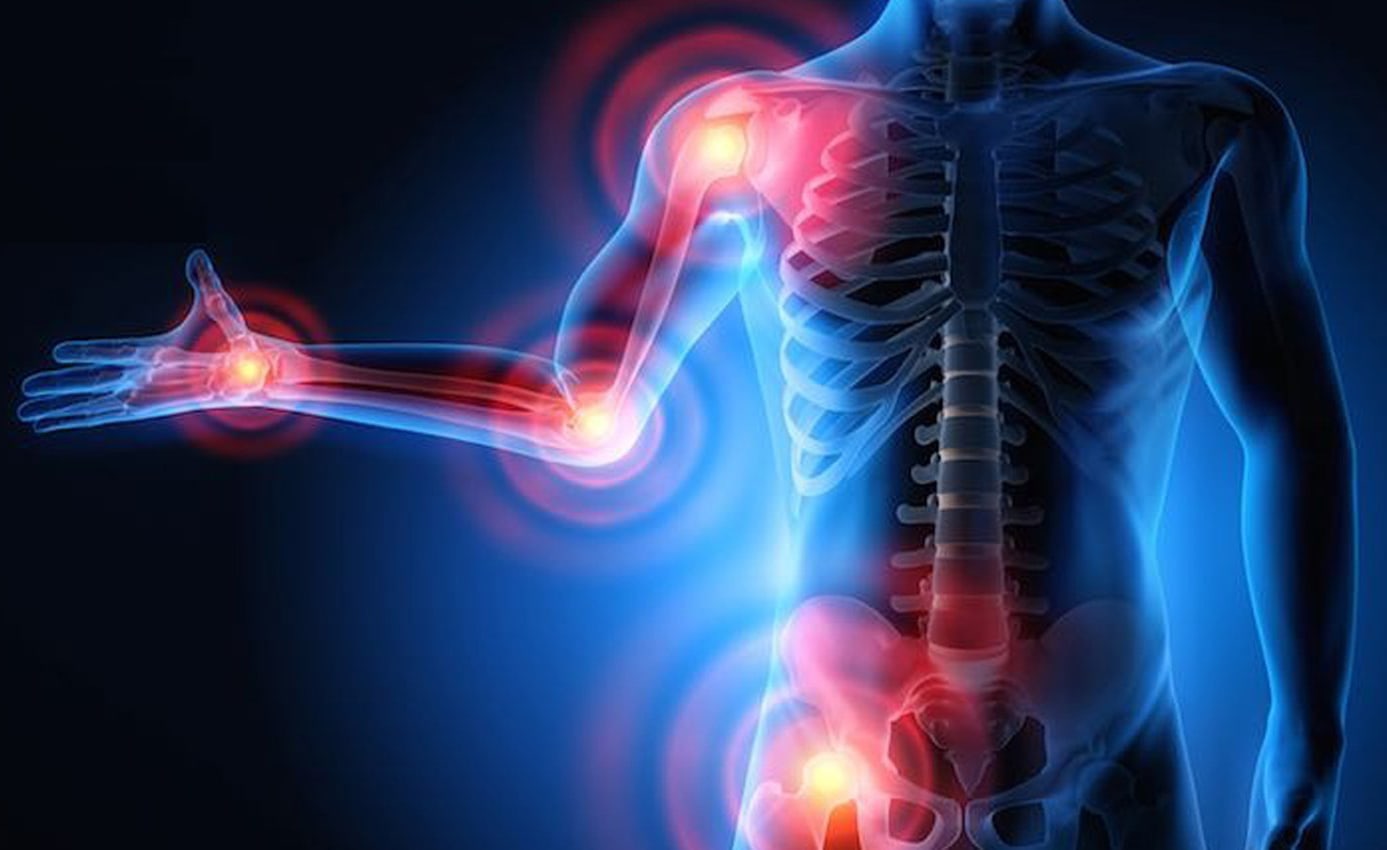 Embracing the principles of the Mediterranean Diet, including plenty of nuts and extra virgin olive oil is one of the top eight eating habits to reduce inflammation, say a group of dieticians this month.

According to the report in Eat This, Not That, the nuts and extra virgin olive oil in a Mediterranean Diet are loaded with anti-inflammatory monounsaturated fats. The high number of vegetables and fruits in the Mediterranean dietary pattern also have lots of antioxidant compounds.

Referring to research which explored dietary interventions for treatment of chronic pain, the report showed that the Mediterranean Diet lowered inflammatory market.

The seven other key eating recommendations made were:

Inflammation is a critical response to potential danger signals and damage in organs in our body. In diseases such as rheumatoid arthritis, lupus, ulcerative colitis, Crohn’s disease and others, the immune system turns against the bodies’ organs. These painful and, in some cases, progressively debilitating conditions can take a toll on people’s quality of life and create both societal and economic burdens.

The inflammatory process in the body serves an important function in the control and repair of injury. Commonly referred to as the inflammatory cascade, or simply inflammation, it can take two basic forms, acute and chronic. Acute inflammation, part of the immune response, is the body’s immediate response to injury or assault due to physical trauma, infection, stress, or a combination of all three. Acute inflammation helps to prevent further injury and facilitates the healing and recovery process.

When inflammation becomes self-perpetuating however, it can result in chronic or long-term inflammation. This is known as chronic inflammation, and lasts beyond the actual injury, sometimes for months or even years. It can become a problem itself and require medical intervention to control or stop further inflammation-mediated damage.

The Cost Of Inflammatory Diseases

While it is difficult to measure the precise economic impact of chronic inflammation since this impact spans into almost all areas of chronic disease, as an example, in Europe the direct healthcare cost incurred by patients affected by Inflammatory Bowel Disease (IBD), have been estimated to be €4.6–5.6 billion per year.

In 2010, the cost of chronic obstructive pulmonary disease (COPD) in the U.S. was projected to be approximately $50 billion, which includes $30 billion in direct health care expenditures and $20 billion in indirect costs.

Economic burden to the U.K. NHS due to COPD was estimated at £982 million pounds in direct and indirect costs combined.14 The annual cost of treating COPD in Europe is estimated to be €38.6 billion.

Inflammation is a process that protects the body from infection and foreign substances, such as bacteria and viruses. Inflammation helps the body by producing white blood cells and other substances. Sometimes, the immune system triggers an inflammatory response inappropriately. This is the case with autoimmune diseases. The body compensates by attacking its own healthy tissues, acting as if they are infected or abnormal.

When the inflammation process starts, chemicals in the white blood cells are released into the blood and the affected tissues to protect the body. The chemicals increase blood flow to the infected or injured body areas, causing redness and warmth in those locations. These chemicals may also cause leaking of fluids into tissues, resulting in swelling. This protective process will also stimulate nerves and tissues, causing pain.

Examples of conditions that cause acute inflammation include:

Chronic inflammation, on the other hand, may continue to attack healthy areas if it doesn’t turn off. It can occur anywhere in the body and may trigger any number of chronic diseases, depending on the area of the body affected.

Examples of conditions that cause chronic inflammation include:

Improve Your Health With Our Extra Virgin Olive Oil

Interestingly, inflammation is a biological process that your body uses to help protect you. It is important to note, however, that not all five cardinal signs are present in every instance of inflammation. Moreover, the inflammatory process could be silent and not cause noticeable symptoms.

A cardinal sign is a major symptom that doctors utilize to make a diagnosis. In the case of inflammation, there are five cardinal signs that characterize the condition: pain, heat, redness, swelling, and loss of function.

Doctors and researchers sometimes refer to the five cardinal signs of inflammation by their Latin names:

Inflammation can cause pain in joints and muscles. When inflammation is chronic, a person will experience high levels of pain sensitivity and stiffness. The inflamed areas may be sensitive to touch.

With both acute and chronic inflammation, pain is the result of inflammatory chemicals that stimulate nerve endings, causing the affected areas to feel more sensitive.

When inflamed areas of the body feel warm, it is because there is more blood flow in those areas. People with arthritic conditions may have inflamed joints that feel warm to the touch. The skin around those joints, however, may not have the same warmth. Whole-body inflammation may cause fevers as a result of the inflammatory response when someone has an illness or infection.

Inflamed areas of the body may appear red in color. This is because blood vessels of inflamed areas are filled with more blood than usual.

Swelling is common when a part of the body is inflamed. It is the result of fluid accumulating in tissues either throughout the body or in the specific affected area. Swelling can occur without inflammation, especially with injuries.

Inflammation may cause loss of function, related to both injury and illness. For example, an inflamed joint cannot be moved properly, or it can make it difficult to breathe due to a respiratory infection.

When inflammation is severe, it may cause additional signs and symptoms. This may include a general feeling of sickness and exhaustion. Inflammation due to illness may have dangerous complications, including a condition called sepsis. Sepsis occurs when the body’s immune system overwhelmingly responds to a serious infection, which leads to generalized, life-threatening tissue damage.

Inflammation is a necessary part of the healing process and usually nothing to worry about. But when inflammation is chronic, it can be a serious health problem. Anyone experiencing ongoing inflammation should talk to their doctor about determining the source of inflammation and getting appropriate treatment to avoid any serious complications.

It surely is a time to investigate the anti-inflammatory properties of olive oil.

Foods That Cause Inflammation

Foods that have been identified as causing inflammation and should be limited as much as possible include:

Not surprisingly, the same foods on an inflammation diet are generally considered bad for our health, including sodas and refined carbohydrates, as well as red meat and processed meats.

“Some of the foods that have been associated with an increased risk for chronic diseases such as type 2 diabetes and heart disease are also associated with excess inflammation,” says Dr. Frank Hu, professor of nutrition and epidemiology in the Department of Nutrition at the Harvard School of Public Health. . “It’s not surprising, since inflammation is an important underlying mechanism for the development of these diseases.”

Unhealthy foods also contribute to weight gain, which is itself a risk factor for inflammation. Yet in several studies, even after researchers took obesity into account, the link between foods and inflammation remained, which suggests weight gain isn’t the sole driver.

“Some of the food components or ingredients may have independent effects on inflammation over and above increased caloric intake,”

One of the most powerful tools to combat inflammation comes not from the pharmacy, but from the grocery store.

“Many experimental studies have shown that components of foods or beverages may have anti-inflammatory effects,”

Choose the right anti-inflammatory foods, and you may be able to reduce your risk of illness. Consistently pick the wrong ones, and you could accelerate the inflammatory disease process.

Studies confirm that eating foods commonly part of the Mediterranean diet can do the following:

•    Lower blood pressure
•    Protect against chronic conditions, ranging from cancer to stroke
•    Help arthritis by curbing inflammation
•    Benefit your joints as well as your heart
•    Lead to weight loss, which can lessen joint pain

To reduce levels of inflammation, aim for an overall healthy diet. If you’re looking for an eating plan that closely follows the tenets of anti-inflammatory eating, consider the Mediterranean diet, which is high in fruits, vegetables, nuts, whole grains, fish, and healthy oils like extra virgin olive oil.

In addition to lowering inflammation, a more natural, less processed diet can have noticeable effects on your physical and emotional health. “A healthy diet is beneficial not only for reducing the risk of chronic diseases, but also for improving mood and overall quality of life,” Dr. Hu says.

In addition, scientists have shown that individuals who regularly consume Olive Oil have reduced activity of their pro-inflammatory cyclo-oxygenase 1 (COX-1) and cyclo-oxygenase 2 (COX-2) enzymes, as well as reduced levels of related molecules including thromboxane B2 and leukotriene B4. Two molecules that are known to increase during inflammatory disease processes, vascular cell adhesion molecule-1 (VCAM-1) and intercellular adhesion molecule 1 (ICAM-1), have also been shown to decrease in amount following intake of Extra Virgin Olive Oil.

In this anti-inflammatory context, it is also worth noting that oxidative stress, a process that often parallels the process of chronic inflammation, is reduced by regular consumption of Extra Virgin Olive Oil. One common blood marker used to monitor oxidative stress is the formation of substances called F2-isoprostanes, and studies have shown 10-15% lower levels of this blood marker following Extra Virgin Olive Oil intake.

There is now extensive research into the benefits of the Mediterranean diet and its cornerstone component, extra-virgin olive oil. Extra virgin olive oil contains many phenolic compounds that have been found to be effective against a range of aging and lifestyle-related diseases, including inflammation.

This year’s harvest has produced a low acidity level of 0.2% together with the highest level of polyphenols yet seen in our extra virgin olive oil.

So which polyphenols in our extra virgin olive oil act as an anti-inflammatory?

Oleuropein aglycone is a glycosylated seco-iridoid, a type of bitter phenolic compound found in green olive skin, flesh, seeds, and leaves. The term oleuropein is derived from the botanical name of the olive tree, Olea Europaea. The chemical formula is :C25H32O13.

Oleuropein aglycone is one of the chief polyphenols found in extra virgin olive oil. It is getting more and more global attention within the scientific and medical communities due to its biological properties including in anti-Alzheimer’s disease, anti-breast cancer, anti-inflammatory, anti-hyperglycemic effect, and anti-oxidative properties.

OA is derived from the de-glycosylation of oleuropein that exists in the leaves and stones of the olive fruit during the maturation period and is obtained during the pressing of the olives.

Inflammation is a complex immune response to pathogens, damaged cells, or irritants, and enables during infection or injury. Pain from inflammation is something most people experience at some point in their lives and a common daily occurrence for many people with arthritis. OA plays an anti-inflammatory role during chronic inflammation and improves tissue damage associated with collagen-induced arthritis.

In addition, OA may be responsible for inhibiting cyclooxygenase (COX) enzymes. COX is an enzyme that forms prostanoids, prostaglandins, prostacyclins, and thromboxanes, which are all contributors to the inflammatory response. Therefore, OA can play an effective role in anti-inflammatory activities.

The Oleocanthal molecule is responsible for the peppery / stinging sensation at the back of your throat when you ingest certain extra virgin olive oils. In fact, this is how the molecule got its name, ’oleo’ means oil and ‘canth’ is Greek for stinging or prickly.