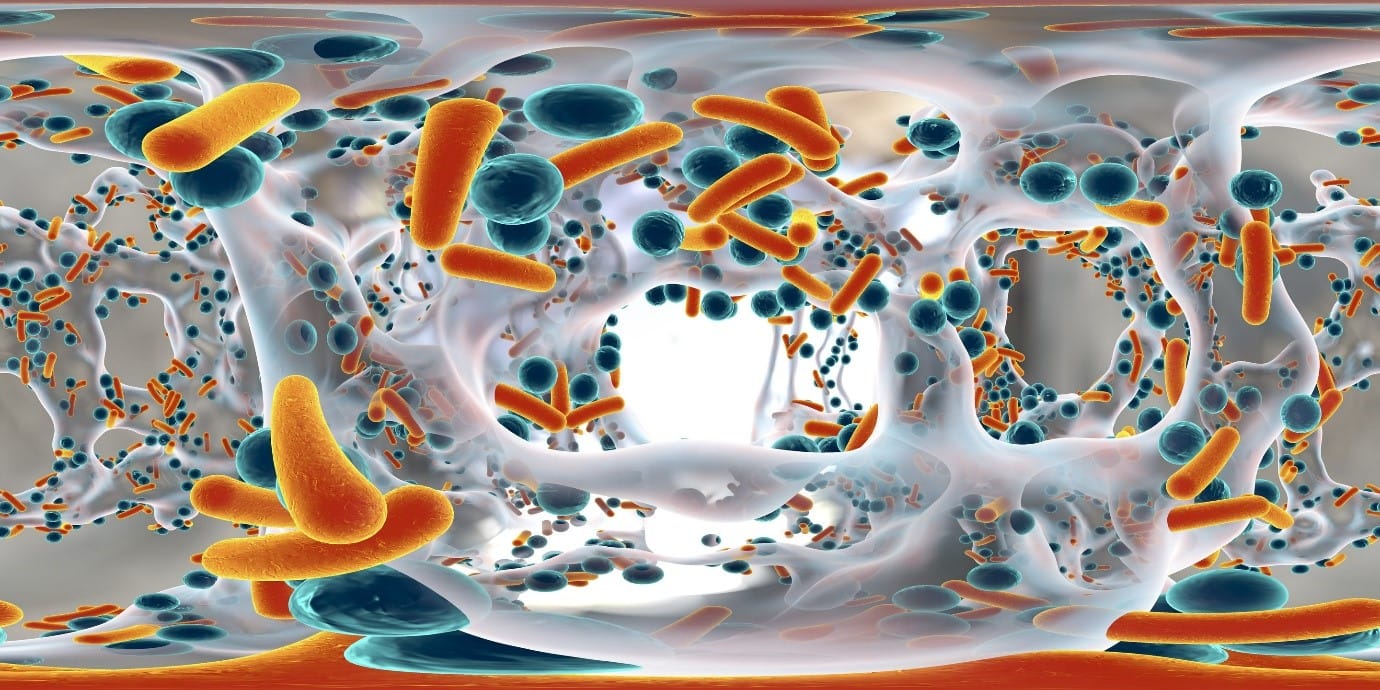 A recent study by researchers at the National Research Council’s Institute of Food Sciences and the University of Salerno has shown that polyphenols from three different olive oil varieties have an inhibitory effect against several bacterial strains.

The tests were performed using 2.5 and 4.9 micrograms of the three polyphenol extracts against different pathogens. The results showed that the minimum concentration necessary to inhibit the growth of the pathogenic tester strains was low for all the polyphenolic extracts. This confirmed their general capacity to inhibit the growth of pathogenic or unwanted microorganisms.

Biofilms are densely packed communities of microbial cells that grow on living or inert surfaces and surround themselves with secreted polymers. Because the protective shell can keep out potential treatments, biofilms are at their most dangerous when they invade human cells or form on sutures and catheters used in surgeries. In American hospitals alone, thousands of deaths are attributed to biofilm-related surgical site infections and urinary tract infections.

“They gave us remarkable results in terms of their activity against pathogenic species, namely those that are responsible for the formation of biofilms. This could be a basis of complementary studies to formulate ideal drugs of natural origin, composed of optimal mixtures of polyphenols, which are able to exercise with the minimum effort, in terms of quantity, and the maximum result, namely against the greatest number of pathogens, their antibacterial efficacy,”

The high polyphenol content of Morocco Gold extra virgin olive oil is dependent on three factors. First is the variety of the olive, secondly the climate and terroire of the growing region and thirdly the actual time in the growing season that the crop is harvested.

Morocco Gold is pressed from the Picholine Marocaine, the only type of olive to go into Morocco Gold. Oil from this variety is renowned for it’s high polyphenol count, oxidative stability and longevity.

Our olives are grown in a valley that is about 2,000 feet above sea level. This helps to create the additional climatic challenges that encourage polyphenol uptake within the olive tree. It is also an area with naturally occurring high phenols in the soil itself.

In soils, phenols are released over extended period of time from decomposing plant materials. This causes complex organic compounds to be slowly oxidized or to break down into simpler forms of sugars,  amino sugars, aliphatic and phenolic organic acids. These are further transformed into microbial biomass or are reorganized, and further oxidized, into humic assemblages (fulvic and humic acids), which bind to clay minerals.

There has been a long debate about the ability of plants to uptake humic substances through their root systems and to metabolize them. There is now a consensus about how humus plays a hormonal role rather than simply a nutritional role in plant physiology. Olive trees grown in ‘challenging’ conditions encourage the uptake of naturally occurring phenols in the soil. This in turn aids the circulatory system within the olive tree, with the phenols eventually finding their way to the olive fruit itself.

Thirdly, our olives are picked when the fruit is young and green. As the olives age on the tree, the colour of the olive changes to red and then black, the size of the olive increases thus producing more oil, but the polyphenol level decreases. There is a great deal of expertise within the farming community where we source our oil to ensure that the harvest is collected at the optimum time to maximise the polyphenol level.

How Can Extra Virgin Olive Oil Help Protect Against Bacteria?

Tyrosol is a phenylethanoid, a derivative of phenethyl alcohol. It is a natural phenolic antioxidant present in a variety of natural sources. The principal source for human diet is in high quality extra virgin olive oil like Morocco Gold. As an antioxidant, tyrosol can protect cells against injury due to oxidation.

Along with hydroxytyrosol, tyrosol is one of the most abundant polyphenols in extra virgin olive oil, where they occur as such, or in the form of esters of elenolic acid. There is an increasing level of research into these polyphenols and their properties to determine which is the most significant contributor towards the range of health benefits associated with high quality extra virgin olive oil.

Tyrosol is a colourless solid at room temperature, melting at 91–92°C and slightly soluble in water. Hydroxytyrosol on the other hand appears as a clear colourless liquid at room temperature. It is now believed that this affects the rate of ‘uptake’ when ingested with hydoxytyrosol acting more quickly in the gut, however tyrosol accumululating intercellularly over time to provide longer term protection due to its higher concentration and good bioavailability.