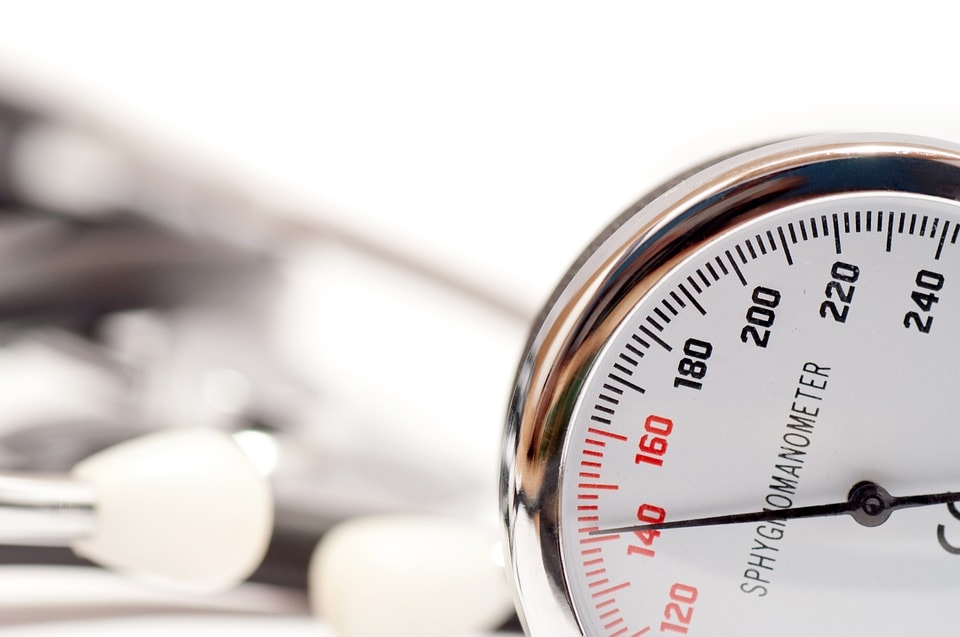 About 70 million adults in the US have hypertension (or high blood pressure) – that’s 1 in every 3! and only around 52% of people with hypertension have it under control. It is also likely that many are walking around with the condition who don’t even know they have it.

Worryingly, only around 52% of people with hypertension have it under control, even though there are simple things you can do to help – such as choosing healthy food for high blood pressure.

Following the principals of the Mediterranean Diet, with an emphasis on fresh vegetables, nuts, wholegrains, fish and healthy fats such as extra virgin olive oil is a great place to start!

Healthier fat choices such as a quality olive oil are often listed in recommendations for people trying to reduce their chances of heart disease, high cholesterol and high blood pressure.

Unsaturated fats are healthier fats and include vegetable, rapeseed, olive and sunflower oils.  Remember all types of fat are high in energy and should be eaten sparingly.

Why Should We Improve Our Diet To Tackle High Blood Pressure?

High blood pressure costs the USA around $48.6 billion each year. This total includes the cost of health care services, medications to treat high blood pressure, and loss of productivity from premature death.

In 2014 Public Health England (PHE) revealed that diseases caused by high blood pressure are estimated to cost the NHS over £2 billion every year. Over 5 million people are unaware they have high blood pressure yet it affects more than 1 in 4 adults and is one of the biggest risk factors for premature death and disability in England alone.

High blood pressure can lead to diseases including heart disease, stroke, vascular dementia and chronic kidney disease. High blood pressure, which can often be prevented or controlled through lifestyle changes, accounts for 12% of all visits to GPs in England.

So, high blood pressure is a really big deal. High blood pressure is often characterized as a “silent killer” because it can cause permanent damage throughout the body without any obvious symptoms. Tragically, by the time the problem becomes obvious, it is sometimes too late to reverse the damage.

What is blood pressure?

High blood pressure is often related to unhealthy lifestyle habits, such as smoking, drinking too much alcohol, being overweight and not exercising enough. Left untreated, high blood pressure can increase your risk of developing a number of serious long-term health conditions, such as coronary heart disease and kidney disease.

Blood travels from the heart via arteries to smaller arterioles, then to capillaries or sinusoids, to venules, to veins and back to the heart. Blood pressure refers to the force pushing outward on the walls of your arteries. The more forcefully that the blood pumps, the more that the arteries are required to stretch to allow the blood to easily flow. Over time, if that force is too great, the tissue that makes up the arterial walls can become stressed and damaged.

This can lead a wide range of problems. For example, it makes arteries more vulnerable to infiltration and accumulation of cholesterol. It also can destabilize any existing arterial plaques which increases the risk of them rupturing and inducing heart attacks.

One of the specific polyphenols in Morocco Gold extra virgin olive oil that directly combats the build-up of plaque within the arteries is called oleuropein. Oleuropein has been found by scientists to prevent the LDL cholesterol from oxidizing and sticking to the arterial walls.

Oleuropein is a natural phenolic compound found in olive leaves and green olives, including the olive’s skin and flesh, from which olive oil is transferred. It causes the bitter taste in Extra Virgin olive oil.

Our Extra Virgin Olive Oil Is Packed With Healthy Polyphenols

At 26.6% of calories from fat the experimental diet was also low in total fat. The study was double blinded with neither subjects nor researchers aware of which oil was being used. Subjects were told to cook with given oil and men were told to add 40g and women to add 30g of oil after cooking. The study participants experienced no change in weight during the year.

In their words, “the main result of our investigation was a straightforward reduction in antihypertensive tablet consumption when patients were given Extra Virgin Olive oil, whereas drug consumption was only mildly affected by sunflower oil.”

The need for common drugs such as atenolol, HCTZ, and nifedipine was cut in half after just 4 months on the olive oil diet whereas drug consumption was only mildly affected by sunflower oil. Cholesterol and triglyceride levels were also slightly lower while on the olive oil diet. There are as many as 5 mg of antioxidant polyphenols (absent in sunflower oil) in every 10 grams of olive oil. Antioxidants also reduce nitric acid levels, a substance in the body known to raise blood pressure.

Readers with concerns over high blood pressure should consult their doctor.