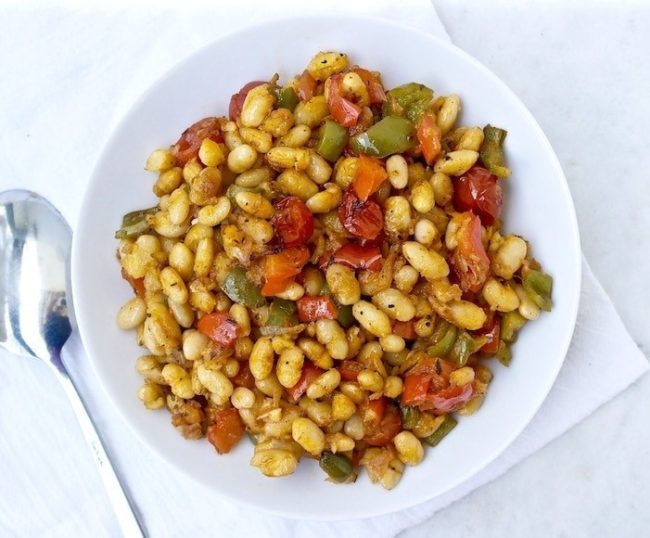 These are one of the many varieties of common beans domesticated in North and South America. Several types exist, though the most common are cannellini beans, which are also called white kidney beans. Tender, with an earthy, nutty flavour, they make a great addition to soups, stews, chilis, and other dishes.

Although cannellini beans are the most common kind of white bean, a few others are worth mentioning. Navy beans, also called pea beans, are small, oval-shaped white beans. They’re a little milder in flavour and most commonly used for baked beans and certain soups. Great Northern beans are smaller than cannellini beans but larger than navy beans. Known for their delicate, nutty flavor, they’re usually added to casseroles and soups.

Baby lima beans, or butterbeans, are small with a rich, creamy texture. Like other white beans, they’re common ingredients in casseroles, soups, and stews.

As all they are similar in flavour, you can use them interchangeably in recipes.

White beans are a nutritional powerhouse, as they’re packed with fibre and protein and a good source of numerous micronutrients, including folate, magnesium, and vitamin B6.

White beans are particularly rich in copper, folate, and iron. Copper primarily aids energy production and iron metabolism, while folate is utilized in DNA synthesis. Iron has numerous important functions, including producing hemoglobin, which transports oxygen throughout your body. What’s more, white beans are high in polyphenol antioxidants, which combat oxidative stress in your body.