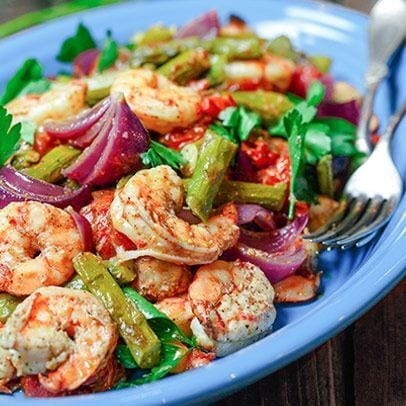 Shrimp is quite nutritious and provides high amounts of certain nutrients, such as iodine, that aren’t abundant in many other foods. On the other hand, some people claim that shrimp is unhealthy due to its high cholesterol content. Additionally, it is commonly believed that farm-raised shrimp may have some negative health effects compared to wild-caught shrimp.

Shrimp Is Low in Calories yet Rich in Nutrients

Shrimp has an impressive nutrition profile (even if it is oven baked shrimp). It is quite low in calories, providing only 84 calories in a 3-ounce (85-gram) serving, and does not contain any carbs. Approximately 90% of the calories in shrimp come from protein, and the rest come from fat. Additionally, the same serving size provides more than 20 different vitamins and minerals, including 50% of your daily needs for selenium, a mineral that may help reduce inflammation and promote heart health.

Here is an overview of the nutrients in a 3-ounce (85-gram) serving of shrimp:

Shrimp is also one of the best food sources of iodine, an important mineral that many people are deficient in. Iodine is required for proper thyroid function and brain health. Shrimp is also a good source of omega-6 and omega-3 fatty acids, in addition to astaxanthin antioxidants, which may have a variety of health benefits.

The Mediterranean Diet is known for creating high-flavour meals out of simple ingredients, and this one is no exception: Asparagus, cherry tomatoes, onion, and shrimp marinate in extra virgin olive oil, cumin, garlic, and sumac, and are then roasted until caramelized in the oven. The extra virgin olive oil and citrus sauce with fresh ginger and spices makes all the difference. Oven baked shrimp is our suggested way of eating this high protein dish.