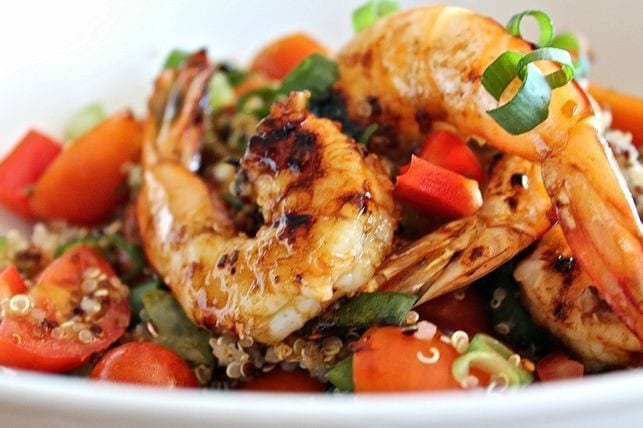 Tiger prawns are shellfish that look a lot like large shrimp but have an extra set of claws on their feet. It is not unusual to consume shrimp and prawns, and these two terms are often used interchangeably and incorrectly. Tiger prawns and shrimp are both 10-footed crustaceans. Both of these sea creatures live in freshwater and saltwater environments. If you are not looking closely, you might think shrimp are just baby prawns since shrimp are small and prawns are big.

Although they resemble shrimps in flavour and can be used to make similar dishes, prawns nutrition is slightly different from that of shrimp. Many different types of prawns are produced and consumed worldwide, so freshwater and saltwater varieties are both popular. The foods prawns have eaten, where they live and whether they’re wild or farmed can influence their nutrition. Based on such factors, essential nutrients can differ.

For instance, the protein content of a cold-water prawn and a giant freshwater prawn can range from 16 percent to over 21 percent, respectively. Despite this variation, a 100-gram serving of prawns meets about 32 to 39 percent of the RDA for protein, depending on whether you’re a man or a woman. Regardless of such nutritional differences, the calories in prawns are low, with approximately 68 to 76 calories per 100 grams.

One hundred grams of raw tiger prawns, which are equal to about four to five medium to large peeled prawns, contain several vitamins:

This warm salad is packed with juicy prawns, making it a lean and delicious dinner idea that is super easy to whip up any night of the week.