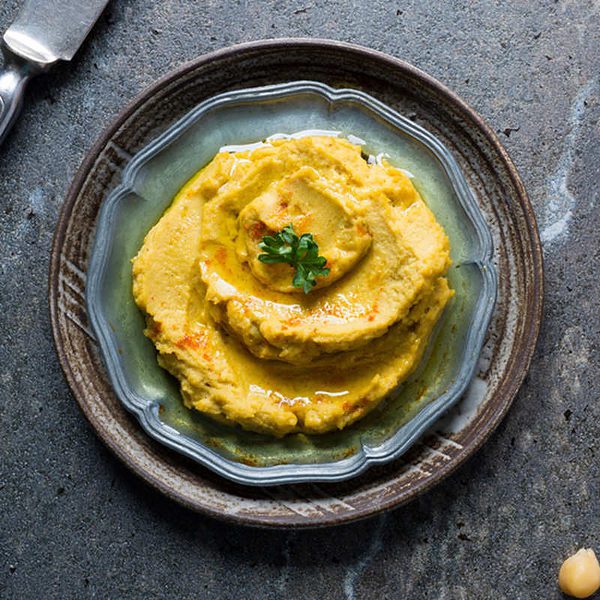 Enjoy the health benefits of seasonal favourites that are, almost as wide ranging as best olive oil and are therefore a great companion for a healthy diet this Thanksgiving.

Whilst humous in traditionally associated with the Middle East and is normally made using chickpeas, it is a great way of using the seasonally popular pumpkin to create a colourful and nutritious dip to add to your Thanksgiving feast.

While commonly viewed as a vegetable, pumpkin is scientifically a fruit, as it contains seeds. That said, it’s nutritionally more similar to vegetables than fruits. Beyond its delicious taste, pumpkin is nutritious and linked to many health benefits.

Chickpeas
Chickpeas, or garbanzo beans, are a type of legume. The most common type has a round shape and a beige colour but other varieties are black, green, or red. Their nutrients have a range of health benefits, almost as wide ranging as extra virgin olive oil and are therefore a great companion for a healthy diet.

What Is Tahini?
Tahini is a sesame seed paste, made from soaking sesame seeds in water and then crushing them to separate the bran from the kernels.  When the seeds are then soaked in salt water, the bran sinks and allows the floating kernels to be collected, toasted, and ground into paste.  It is used not only in traditional Middle Eastern foods, but also in Asian cuisine and even in USA American healthy diets, as a way to add luxuriously creamy texture.

Extra Virgin Olive Oil
Any discussion of what hummus is made from has to include extra virgin olive oil as a main ingredient, and the oil’s quality greatly affects the quality of the dip as a whole.  While olive oil is any oil derived from the fruit of the olive tree, the processing of olive oil creates tremendous differences in the taste and nutrient density of the final product.

Garlic
Well known for its unique pungent flavor, garlic is a member of the Allium (onion) family, along with shallots, onions and leeks.  It also contains Allacin, a potent medicinal compound, and as such is one of the earliest recorded plants used by humans for its medicinal properties.

Lemon
Lemon juice contains high levels of Vitamin C, and is an effective natural preservative due to its citric acid content. It also adds tanginess and a light, fresh flavour to hummus.

Sea Salt
Sea salt is produced by the evaporation of seawater, leaving behind salt rich in vital minerals such as potassium and calcium. Also having a more understated flavour than most other salts, it adds depth to hummous’ flavour without overpowering it.